Adventure at Mt. Davis in Pennsylvania 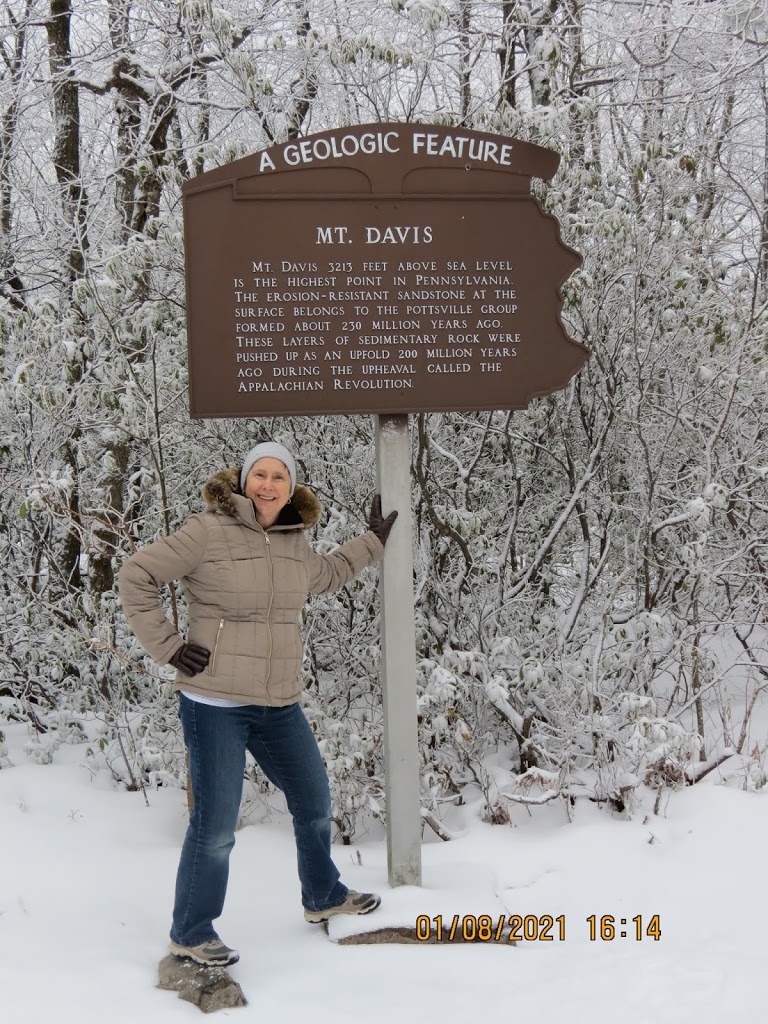 “It has the highest point in Pennsylvania, Mom,” our daughter learned from the website. “We can climb up Mt. Davis.”

“And there’s an observation tower!” our other daughter chimed in. “Mt. Davis is 3,213 feet above sea level. We can see 360 degrees around.”

“Even better, Vic,” my husband said, “We can practically drive up to the observation tower.”

I walked over to the computer. “Yes, okay,” I told the eager family. The online photos looked beautiful. “But how cold is it at the top of the mountain?”

Nobody heard me. They had rushed to gather their snow gear.

Snow crystals had indeed trimmed the trees in the mountains as we drove northwest. The sky matched the snow-covered fields and mountains, thick and white. Still, my feet itched to crunch through that blanket of snow. It really was time for a winter adventure.

But the cold bit into our faces, our only exposed skin, as we got out of the van. This is when parents need to make unilateral decisions. As the children’s teeth chattered, lips too frozen to form complaints, we decided to drive the long, wooded, snow-covered, one-lane road to the tower parking lot. We still needed to climb the short distance to the top of the crest of Mt. Davis, and then up the frozen tower steps.

Ice crystals clung to everything; the trees, the signs, the fencing and railings up the tower steps. I was afraid if we stopped moving long enough, the ice crystals would cling to us. We all shivered a bit climbing up the tower, but it was worth it! From the top, we saw a world covered in white. A stillness settled over all of us. Such beauty on such a frozen day.

When I thought the children were blue enough in the face, we climbed back down the tower. There is so much to see in Forbes State Forest; we merely touched the frozen surface. In a different season, we’ll explore again.

After our short frozen adventure, we warmed up on the long drive home with promises of hot pizza and a board game. We chose Monopoly, the National Park Edition. I was the tent. My husband was the buffalo. One of the girls was the park ranger hat.

You can learn much about the United States National Parks through this game. The chance and community chest cards offer information. The property cards are park information cards. The dates of when the area became a national park are on the spaces you move across the board. Great fun—even if I do always lose.

Thanks for reading here at Camping with Five Kids! Please share some fun things you do in the snow or in nature with the family during wintertime. Be safe in 2021. Let’s hope the quarantine will end this year. All best to you!