Insecure Writers Want to Know: What was an early experience where you learned that language had power?

For me, it was simple. I was a communications and English major at college. This particular community college didn’t have a journalism degree at the time. Once I became editor of the college newspaper, I discovered how powerful my words were in covering the news on the college campus. While the monthly newspaper had come out sporadically before I took over, maybe once a semester, I made sure it came out every month. And I organized it into sections and put substance in it. I discovered I liked sniffing out news stories for the paper. I became an advocate for the student body, finally finding my college voice at the community college level, investigating life on campus from why the administration closed the pool to why some buildings became a lake each time it rained. 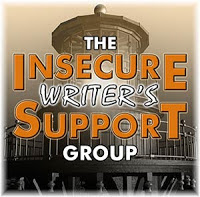 Anything that affected the student body and college campus found its way into the student-run college newspaper. Where the administration had been all excited about the new look and content of the student paper, department heads and vice presidents soon started to glare at me and hold their tongues until I made them understand that I was going to report on an incident whether they spoke to me or not. I permitted the administration equal space within the article to inform the student body what was being done about certain situations.
But how did I know administration was upset with my coverage of events at college? Once a semester, all leaders of student organizations met with the president of the college and the provost and vice presidents. We students introduced ourselves and reported to the president what our organizations were doing around campus. We also brought up any concerns students may have. I had no problem with this, as I was doing it already in the newspaper. The president zeroed in on me and relentlessly drilled me as to why I kept harping on any problems the college was having. If it wasn’t for the provost reminding the president that I was only doing my job, he was a college reporter in his time too, I thought the president was going to kick me out of college. I really got under her skin.
But the important issues in life need to be brought up, need to be discussed if we’re ever going to make things better in this world. That’s why we need honest and moral writers to bring the issues into conversation to help those in charge see the importance of addressing the issues.
I can’t wait to see how you learned that language had power. Thanks for visiting! Please follow Adventures in Writing if you haven’t already and connect with me online. Leave your blog link in your comment so I can be sure to do the same for you.
This post was written for the Insecure Writer’s Support Group. We post on the first Wednesday of every month.  To join us, or learn more about the group, click HERE.

34 thoughts on “Insecure Writers Want to Know: What was an early experience where you learned that language had power?”